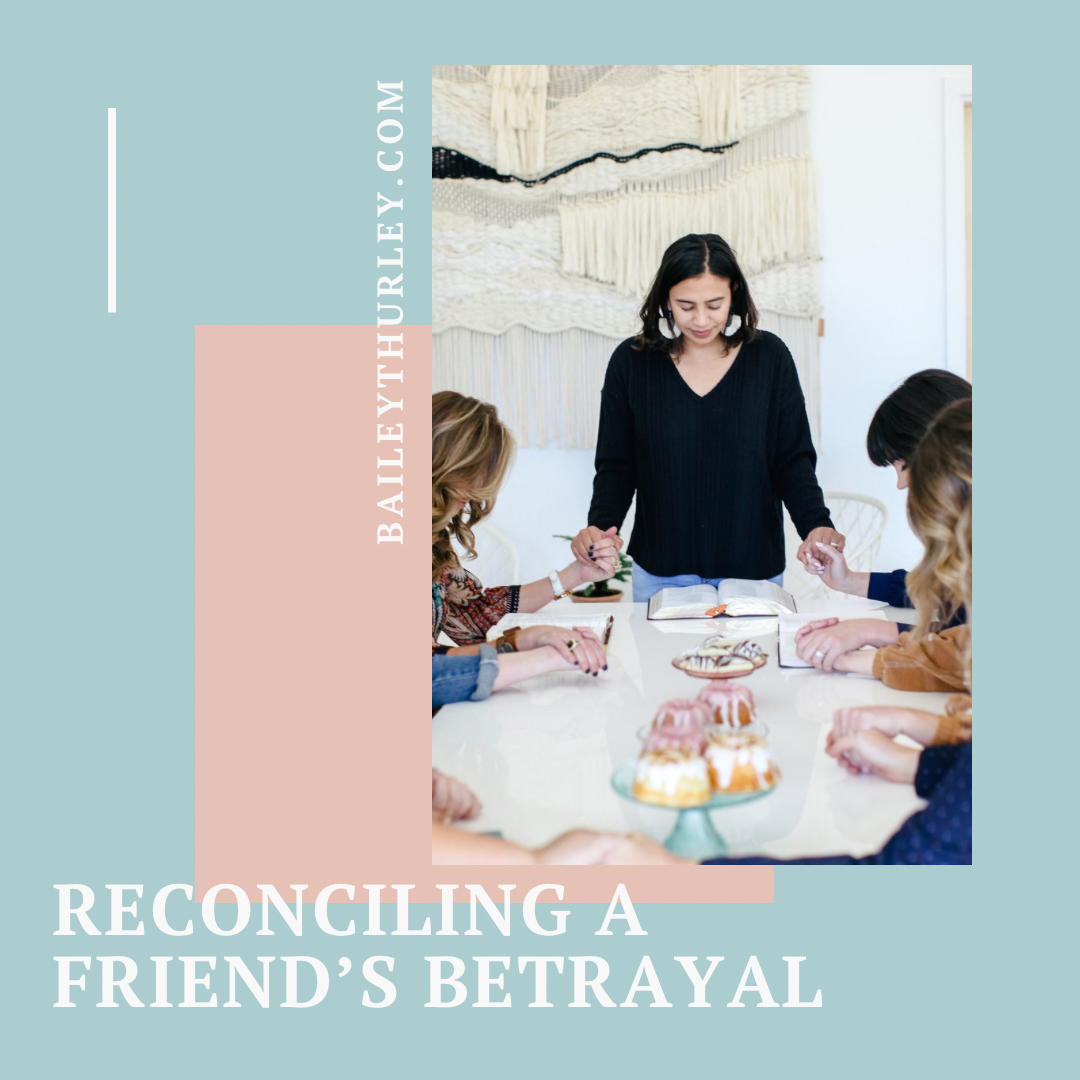 “Hear what?” My husband and I asked our then, trusted companion.

We were sitting in our living room, crunching on snacks while watching football. We thought it was a normal Saturday afternoon but, later remember it as an ambush.

Our friend continued: “You didn’t hear what Sam was saying about you two? He’s been telling everyone that he isn’t coming to community anymore because you two didn’t want him there. He says you were never welcoming to him and he doesn’t want to participate in this shallow community you are leading.”

Immediately tears filled my eyes and I lost my breath. What was our friend telling us? Sam, who we had shared meals with and spent weekly time together didn’t think we were welcoming to him? Sam, who we prayed over in his darkest times and brought him into the life of our family, thought we were shallow? I knew deep down none of the things that were being said were true but the hurt inside me and my husband was a pain we had never experienced before.

He was trying to turn people against us—and it was working. People who we had poured into for years began to wonder if it “was enough.” Their own personal wrestling of faith needed a target and we became that outlet for frustration and doubt. 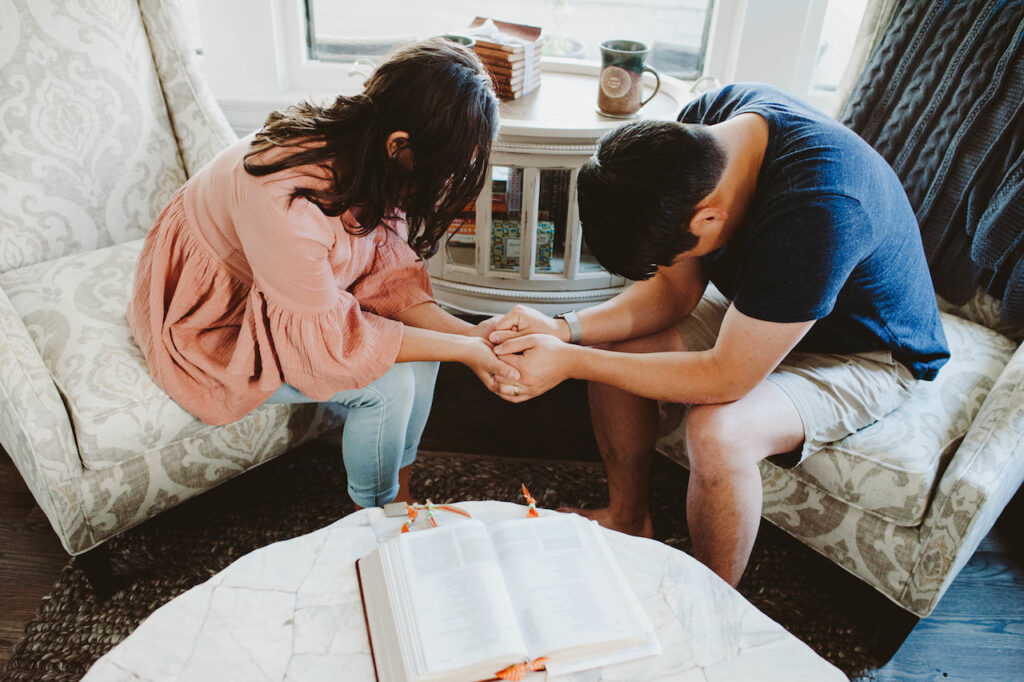 A few days later small group night arrived. Tim and I tucked our kids into bed, put out the snacks, cleaned and prepared our living room, started the worship music and opened our door to let him through it. Before people arrived that evening I was wrought with anxiety, crying upstairs in our room. Tim was explosive and angry—he threatened that he was done serving this community after two and a half years of loving people only to have that love twisted and lied about. It felt like we were letting the enemy into our home. Seeing this friend be one way in our presence but knowing he was hurt and angry was a new test of our hospitality.

In the midst of my pain, a dear friend pointed me to the reminder of Jesus’ own experience with betrayal. Jesus chose twelve friends to do ministry and walk through life together. And many of us know, sharing life together is intimate, vulnerable and transformative. You don’t just stay friends after that; you become family.

Judas Iscariot, one of the twelve, saw Jesus’ miracles and the tender way he cared for the least of these in society. He witnessed the deep concern and love Jesus had for his friends when he wept over the death of Lazarus. Judas also laughed, ate, slept, and prayed with Jesus—all the things that come with doing life together. And still, the sin in Judas’ heart led him to betray Jesus. In Matthew 26:14-16, we read about Judas going to the chief priests and offering to give Jesus up for some silver. From that point on he was actively seeking for an opportunity to betray his innocent friend.

Interestingly, the very next event in the timeline of Jesus’ life was him sharing the Passover meal with his twelve disciples. Jesus already knew who would betray him. He already knew when he was washing Judas’ feet that Judas was plotting to break their trust. Jesus knew as he broke the bread and poured the wine that Judas’ mind was elsewhere, perhaps angry, stewing, and impatiently waiting for his opportunity for a small worldly gain at the cost of his friendship. The height of a betrayal at this time was to share a meal with a friend before turning on him. Judas was pretending to be one thing, sharing in Jesus’ hospitality, but already in his heart he had turned against his friend.

And Jesus, in humility, invited Judas into his covenant of forgiveness anyway (see Matt. 26:28)!

Matthew Henry, in his commentary on Matthew 26, notes:

We know not what troubles will befall us, nor whence they will arise: but Christ knew all his…so it magnifies his love, that he knew all things that should befall him, and yet did not draw back. He foresaw the treachery and baseness of a disciple of his own, and yet went on; took care of those that were given him, though he knew there was a Judas among them; would pay the price of our redemption, though he foresaw some would deny the Lord that bought them; and shed his blood, though he knew it would be trodden under foot as an unholy thing.

Jesus is our purest example of not drawing back, but pressing on from a friend’s betrayal.

I wish I could say Tim and I did this gracefully, but we didn’t really. With a lot of pain in our hearts, we went through the motions of a Wednesday night. I cried myself to sleep afterwards while Tim stewed in bitterness. Though we were choosing not to draw back, we certainly weren’t past the pain. The confusion behind misunderstanding where this had all sprung up from was maybe where it hurt the most. We could not identify the motivations behind the lies. So, we let this person move on—and some followed him.

The Lord was still calling us to serve this community and we did for another three years. I prayed continually that we would feel God’s delight over our obedience but that he would also invite others from the group to be a voice of encouragement when the negative voices were overpowering truth. God provided. 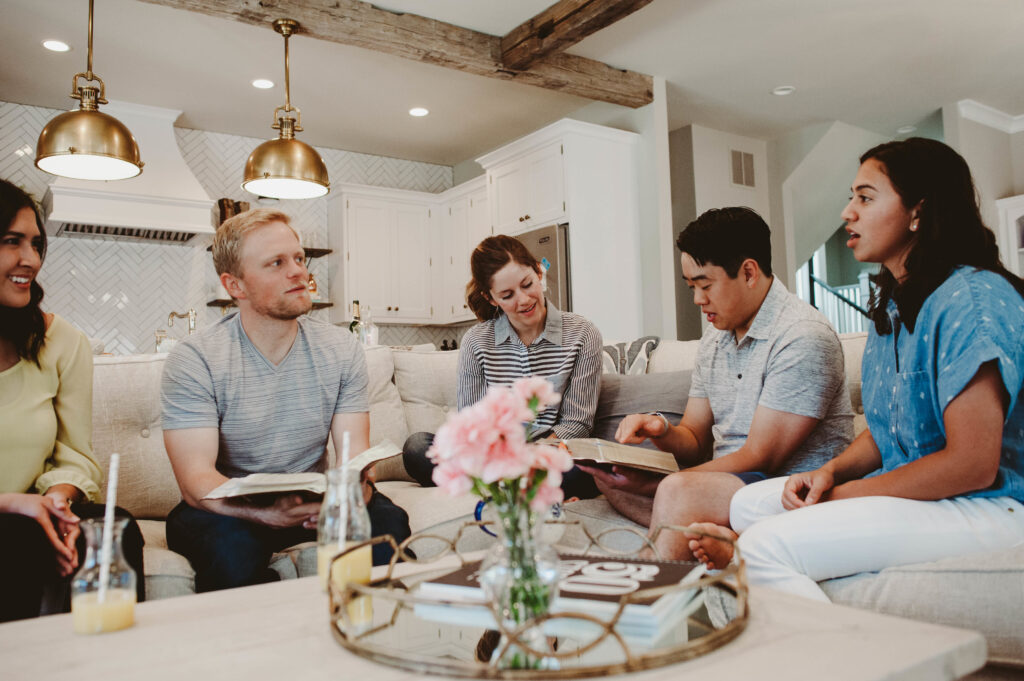 We poured ourselves out only by the strength of knowing Jesus had been there too and he had chosen love.

Jesus’ example of grace means we no longer have to rely on our ability to forgive the deep hurt of our friends but, entrust it and turn it over to the one who already has forgiven. Our faith gives us the courage to heal, hope, and be hospitable once again.

Jesus extended hospitality to everyone, knowing some would not receive it. It gives me the confidence and the assurance to press into these moments. Not everyone will see my offering of friendship for what it is—but I will do it anyway. I serve, love, and invite people in as if I was inviting in Jesus himself. When a friend’s betrayal happens, we can trust in Jesus who intimately understands this hurt and allow him to heal our brokenness.

“The Lord is close to the brokenhearted and saves those who are crushed in spirit.” -Psalm 34:18