W is for Waging War 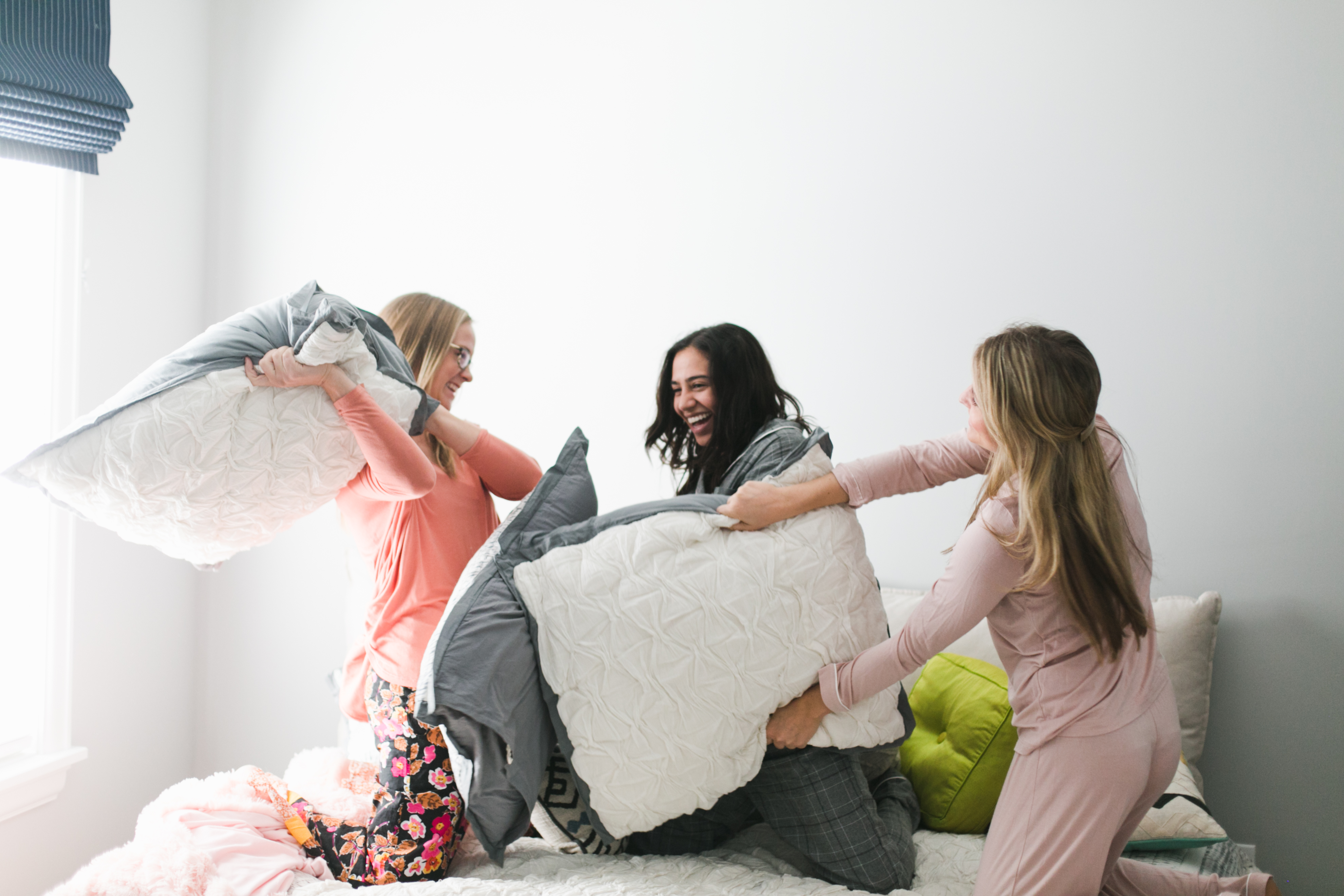 But the Lord is faithful. He will establish you and guard you against the evil one.  2 Thessalonians 3:3

A friend of mine showed up at my door one day needing to talk through some tough things that had been happening in her life. To be honest, I was nervous. I didn’t want to say the wrong things or have the typical Christian responses that would turn her away. She was hurting and in a place where evil could easily reach her. I had to fight for my friend to protect her faith from the enemy; no matter the cost of war.

As we sat crisscrossed facing each other, she began to tell me all the things going wrong in her life. Tears fell down her face. My heart was breaking for her,  but I kept silent until she was finished. Finally, it was my turn to respond and I put my hand on her knee and said, “You are not alone. I will get down in these trenches with you and I will not give up fighting this battle until we have climbed out together.” And that’s exactly what we did.

For months we cried, prayed, and processed all that had happened. My friend needed to know that someone was going to wage war against the enemy’s attacks in her life. The Lord promises to guard us against the evil one. One way He does this is by using community to help us stay strong and faithful in the midst of life’s worst situations.

Have you been in a place where you needed help to wage war against the enemy? Maybe you needed a friend to fight against depression, an addiction, a broken heart or a death of someone close to you? I have had my own battles to fight and I have had specific sisters literally stand next to me through every break down and disappointment.

It’s guaranteed that at our lowest, someone will be strong enough to pull us up.

One summer, I felt like the enemy had ahold of my confidence and my joy. As I worked at a summer camp, I was constantly anxious and depressed. There were many times I wanted to just get in my car and drive away without telling anyone. Finally, I reached out to a friend who had worked at the camp in the past and she promised to fight this battle with me. She wrote letters, sent care packages, and let me process over the phone. After a late night teary phone call, she got in her car and was at camp the next day to pray over me and speak godly encouragements into all the lies the enemy had told me. The Lord was faithful through her.

Paul, too, needed to be propped up by his closest friends. In 2 Thessalonians 3:1-5, he  asks for prayer against all the evil that stands in his way of ministry. There’s two things that stand out to me about this prayer:

It’s hard to tell people when we are hurting, doubting, or numb. Yet, we need our community to help us stand on firm ground when things just aren’t what they should be. Paul says the Lord will “establish” you in war against the enemy and I think one way He does this is by using friendships to hold up the firm foundation God has already provided. This doesn’t mean that you need to announce your struggles at the next small group. Maybe for you, this looks like confiding in one or two trusted friends who commit to loving you through this time.

Paul asks for prayer. He knows that he can’t fight his struggle without the work of the Holy Spirit. We not only need to acknowledge our fight, but ask for help in the form of Godly petitions. The power of a community rooted in Christ is the way that the Holy Spirit moves through them. You know the verse “where two or more are gathered”…now is the time to take that literally.

Waging war for our friends is one of the marks of rooted community that stands against the world’s view of community. Believers know that there is a real spiritual battle happening and sometimes it slips into our everyday lives and we need protection from God and our friends to help us walk through it.

Paul declares God is faithful because He has already won the war through Jesus’ death and resurrection. Which also makes us conquerors in this war through Jesus, but that doesn’t mean the battle isn’t hard (see Romans 8:37). And that doesn’t mean you have to fight it alone. Paul understood that living a life for Jesus would come with tough battles. But Paul’s hope was in his Lord and his relationships. As is ours.

You are not alone. The war has not overcome you. We will wage war against the enemy together. And we will all see victory together. “But thanks be to God, who gives us the victory through our Lord Jesus Christ” (1 Cor. 15:57).

Questions for Your Community:

Can you think of ways that you’ve stood alongside others in times of need?

How is God faithful in seasons of war against the enemy?

How do your friends help establish and guard you against the evil one?

The next time a friend is hurting, tell them you are going to fight the battle with them and you won’t give up until it is won.