How to Be Forward in Your Friendships 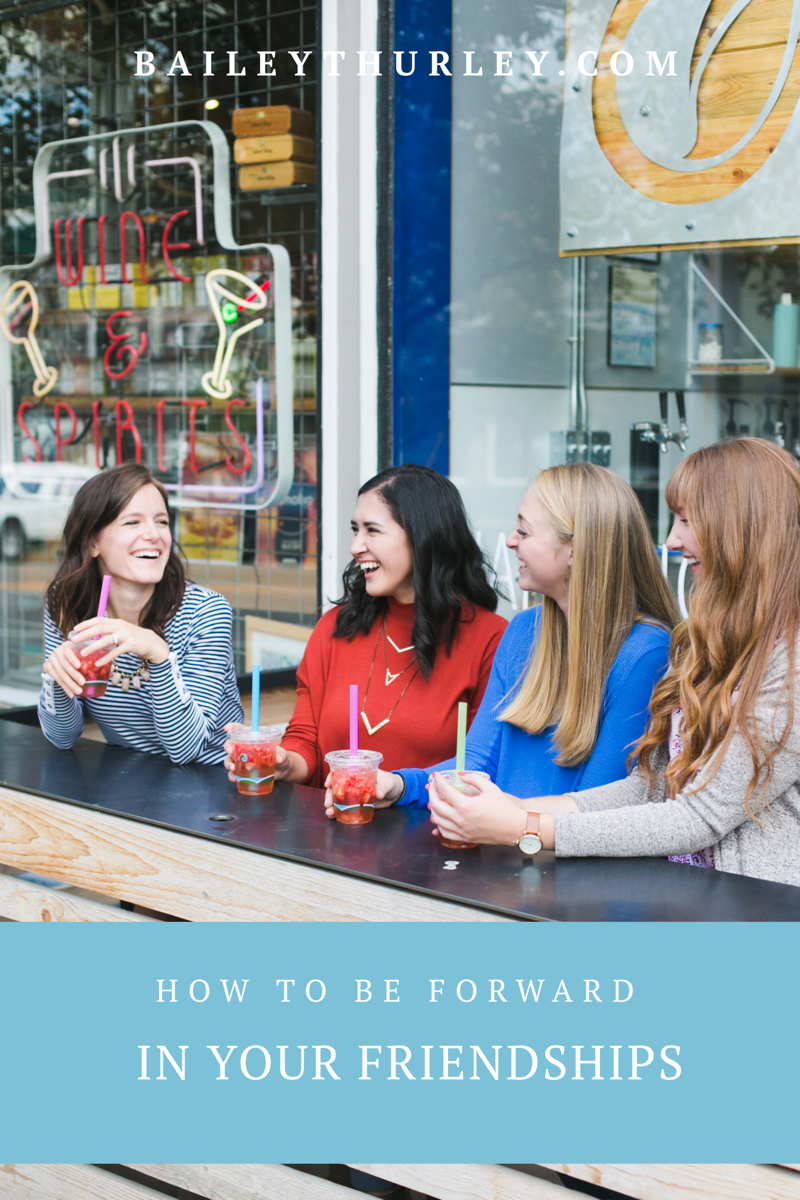 I told her, “I’m all in.” The music was loud and I wasn’t sure she heard me so I said it again, “I really want this to be a lasting, real friendship. I want to hold each other accountable. Meet regularly. I want to come to a place where we can text each other about our embarrassing moments and irrational fears. I want to talk about Scripture with you. Ya know, I want to get to a point where we would call one another best friends.”

That time she heard me.

There seems to be a moment in female friendships when we are ready for the next step. You are ready to DTF (determine the friendship) but you aren’t sure where to start.

When I first moved to Denver, I had a myriad of acquaintances that I saw at the Seminary or at church. I had a few coffee dates here and there but still didn’t have many dependable friendships. I wanted a sister-in-Christ who would come to be the mac to my cheese, the peanut butter to my jelly…you get the idea. I wanted a friend that “sticks closer than a brother” (Prov. 18:24).

So, I sought out new potential friends, continued the relationships that were reciprocated, and overtime found a few women that I could pursue as life-long companions.

But how was I going to let them in on the secret that I had just decided we were going to be besties?

As a new friend and I were sitting at a downtown bar in Denver, I knew it was time to be forward about my intentions for a deeper friendship. So, I finally got the courage and asked her. I told her the reasons why I admired her as a friend and asked her if she would be willing to commit to pouring into this friendship. And she said yes!

Now, I haven’t done this thirty times or even three. But, there have been moments when I felt the Lord leading me to be forward with a friend when we both were craving connection.  There are probably one or two women you enjoy spending time with so, now I encourage you to be forward, get to the real richness of friendships, by letting them know you are committed to being a dependable and grace-filled friend to them.

Don’t be afraid to “go all in” with a sister-friend!